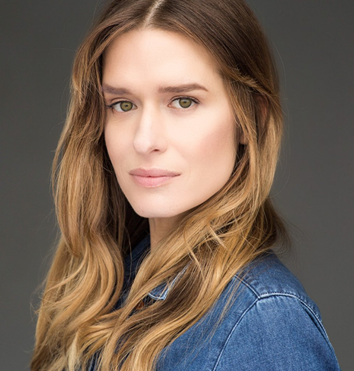 Multi-talented, acclaimed actress, director, writer, and producer, Carly Sullivan returns to television portraying ‘Gala Scaramucci,’ Mr. Blue’s wife, in Syfy‘s Christmas Carol-esque dark comedy, “HAPPY!” (Wednesdays @ 10pm). This gruesome, unique tale is based on the graphic novel by New York Times best-selling author Grant Morrison and Darick Robertson. The series follows Nick Sax (Christopher Meloni, Law & Order: SVU) – an intoxicated, corrupt ex-cop turned hit man – who is adrift in a world of casual murder, soulless sex and betrayal. After a hit gone wrong, his inebriated life is forever changed by a tiny, relentlessly positive, imaginary blue winged horse named Happy (Patton Oswalt). Insert Sullivan’s character, ‘Gala’, who used her beauty to get what she wanted out of life, and quickly is realizing it’s not all it’s cracked up to be and in the next jaw dropping episodes will be seen reclaiming herself and her life, on her terms.
HAPPY! Trailer 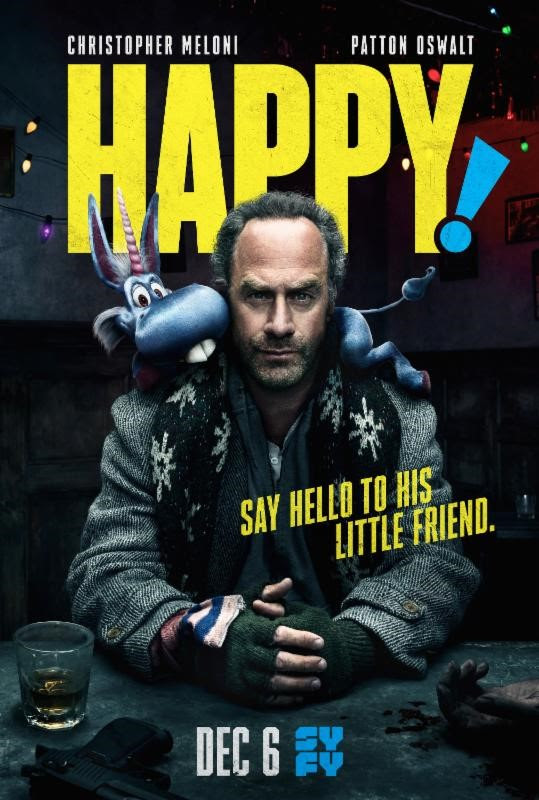 Born in Plantation, Florida, Sullivan began her entertainment career as a ballet dancer. Due to an injury at 17, she decided to channel her artistic passion into acting and after graduating from the University of Florida, moved to New York in 2007 to study at the Maggie Flanigan Studio. Sullivan has starred in over 30 commercials, including those for Lee Jeans and Crest 3D White, amongst dozens of others. Viewers may also recognize Sullivan from TV projects CBS’s “Blue Bloods,” and the FX comedy “Sex&Drugs&Rock&Roll.” Notable film credits include MY MAN IS A LOSER. As if her film and TV credits as an actress weren’t enough to keep her busy, Sullivan spends her time writing, producing and directing her own projects as well. In 2016, she created Baus Lady Films with her creative counterpart, Caroline Duncan. They went on to co-produce, co-write and co-star in their short films, “Fashion Faux Pas” and “Pick Me”.
Outside of her successful television career, Sullivan spends her time fostering rescue animals, along with caring for her two cats, Leo & Rabbit. Every Sunday she lends her time to local Los Angeles initiative, Food on Foot, providing clothes and food for homeless, and stays active with hiking and yoga.